In 2015 I switched from architecture to motorsport, feeling that being behind the wheel is how I can make the world a better place. I am now the most active female rally driver in Romania and the founder of “Femei în Motorsport”, a project which promotes all women involved in Romanian motorsport. In 2021 I was nominated FIA Women in Motorsport National Representative.

Together with codriver Diana Hațegan we became, in 2018, the first Romanian ladies crew in the last 50 years to compete in a foreign rally (at Rally Sliven in Bulgaria).In 2019 we wrote another page in motorsport history, when I became the first Romanian woman driver to ever compete in the prestigious European Rally Championship FIA ERC, in an event outside Romania – at Rally di Roma Capitale, where we finished on the ERC Ladies podium. In 2021 I became the first woman driver in the Romanian Junior Rally Team supported by the Sports Ministry through FRAS.

In April 2022 I became the first Romanian woman driver to ever compete in WRC – World Rally Championship, after a challenging evolution at Croatia Rally.

Beyond trophies, I believe performance is the perfect catalyst for change, so I will continue to expand my limits with enthusiasm and overcome any challenges with resilience, while inspiring others to be brave and follow their own dreams.

By transforming motorsport into a lifestyle I embraced the mission of dismantling the “woman stereotype”, in motorsport and in society. My racing stories, the fun and authentic car reviews and the feminine, empowering daily stories turned my blog into an unique online space.

The long version of my story

About Cristiana Oprea and the beginning of #carstories…

You are probably wondering why a 23 year old girl launched, in 2015, the only automotive blog from Romania written from the perspective of an architect-rookie rally driver.

I love driving my car. Truth is I completed driving school 3 times. Yep, since 15 years old, the most coveted moments of each summer were the driving lessons. This is how I got to know and drive probably over 20 cars until I was 18, realizing how much the experience of driving changes from one vehicle to another.

The relationship you have with your car is one of the most serious and personal relationships in your life.

You just have to find the perfect pair of wheels.

The two faculties I’ve graduated at the “Ion Mincu” University in Bucharest, Urban Planning and Architecture, taught me how important design is and how much it influences human behaviour. This is why I started looking at cars from a different angle.

Through writing and photography I want to reflect the automotive personality, that je ne sais quoi which makes them become more than just an engine inside a metal body. Why is this important? Because at the wheel I realized a car is not just an object – it’s a key character of our lives who influences our behaviour, our gestures, our mood and it has a significant impact upon the world we live in.

To my joy, cars get along great with travel. However long or short a road trip may be, I am recharging myself with that feeling of freedom and adventure I have when I discover new places and stories.

Rallies – from passion to career

Between cars, design and travelling I’ve discovered the beauty of motorsports. In 2015 I moved on from being a spectator to actually being in a race car, first as a codriver and soon after as a driver. I’ve built my own race car, a Dacia Sandero 0.9 TCe, and started writing in my Rally Journal about the challenges I had since my debut event.

By turning motorsport in a lifestyle, my mission is to empower women, in motorsport and beyond, but also to encourage drivers to only express their passion for speed in controlled and legal environments. I promote rallies as a sport-fuelled leadership source and also as an instrument for improving road safety, in a dire context where Romanian is the worst ranked country in the EU when it comes to road victims.

Between 2015-2020 I was the PR of DACIA Cup, one of the oldest rallying series in Europe and the main pathway for rookies in the Romanian National Rally Championship. When I am not in race car or at a test drive, I work with NUCA on graphic design and communication projects, including for clients in the motorsport and automotive industry.

At Rally Sliven 2018, me and my codriver Diana Hațegan marked an important milestone for women in Romanian motorsports: we became the first Romanian ladies crew in 50 years to compete in a foreign rally.

After 2 full seasons in the National Rally Championship, 2017 and 2018, I took 5th place overall at the end of DACIA Cup 2018, which gave me confidence that I will continue to constantly evolve in 2019, when I was planning to take a few steps forward towards motorsport performance. I started the 2019 season with a second place overall in DACIA Cup at Argeș Rally, thus becoming the first female driver to ever step on the overall podium in all of the 13th years of the mono brand competition’s history.

In 2019 me and my codriver Diana Hațegan wrote another page in motorsport history by becoming the first ladies crew who represented Romania in the prestigious European Rally Championship FIA ERC, at Rally di Roma Capitale, where we won the most points in the ERC Ladies Trophy standings at our debut.

In 2021 I managed, with the support of my partners, to switch to an FIA homologated rally car, a Peugeot 208 R2 which allows me to continue competing in international rallies.

I believe that, in a “man’s world” full of automotive enthusiasts, Emoticar gives women courage to follow their dreams and to share their automotive experiences.

*Still, the story I love most about myself is “Mașinile nu au gen” and its follow-up "Sport pentru schimbare", both written by Andreea Giuclea in DoR magazine. I invite you to read them, as she surprised some details I could not see in the last few years because I was always wearing the race helmet. 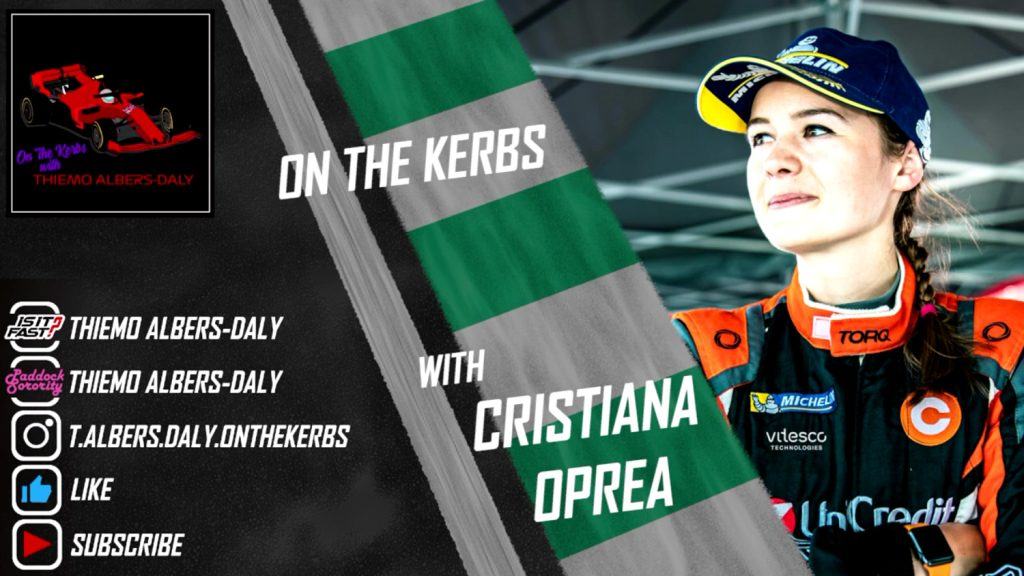 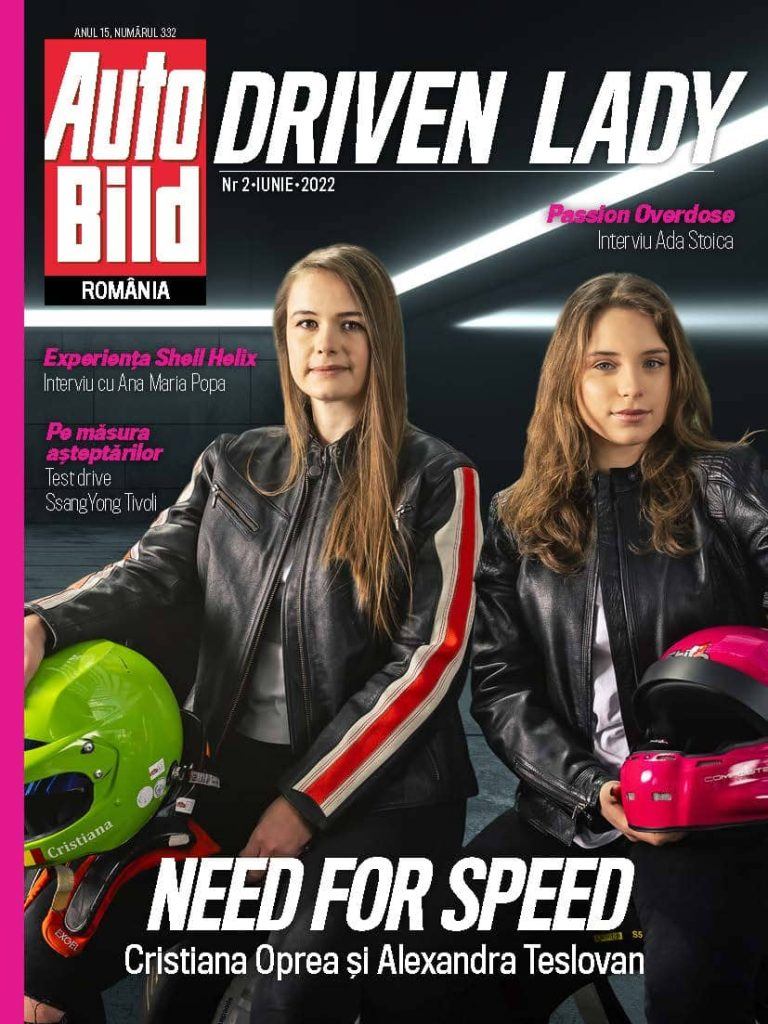 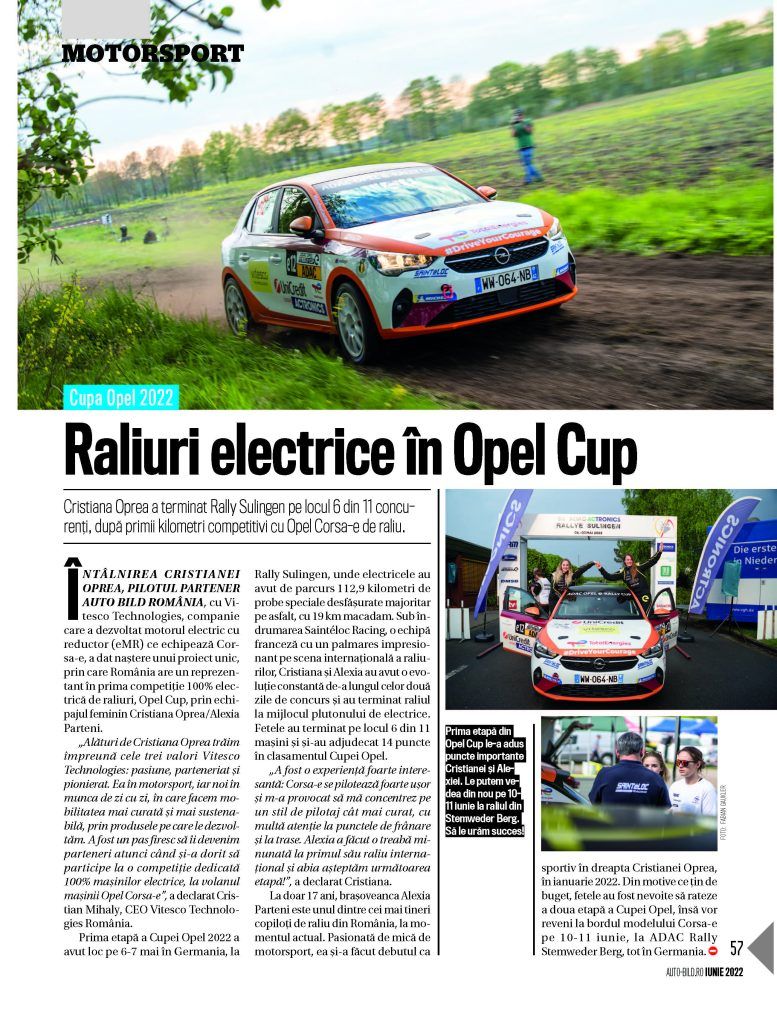 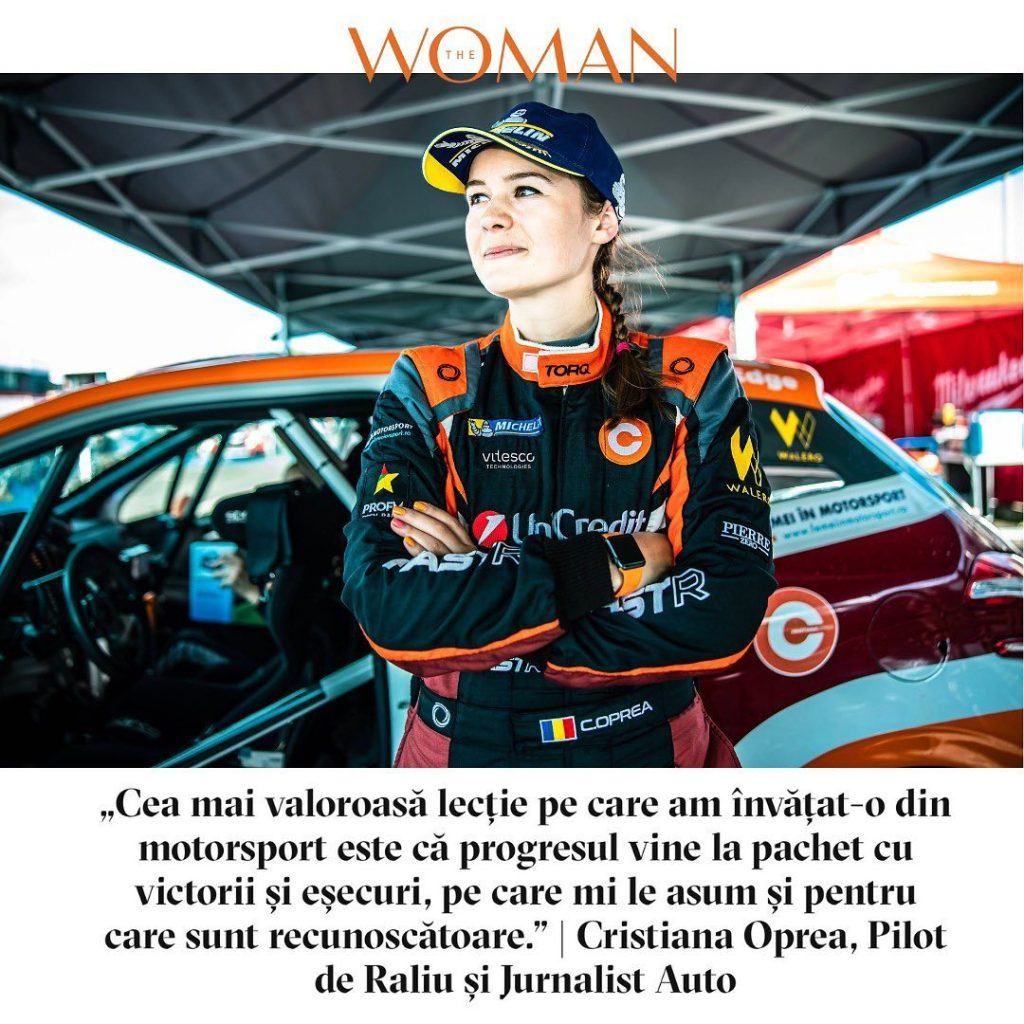 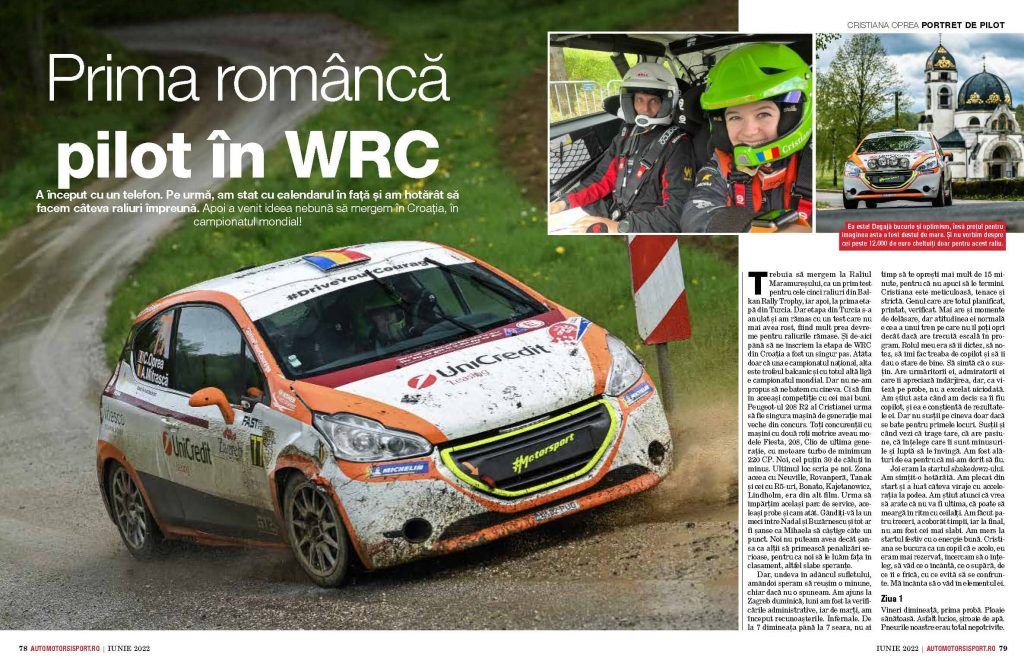 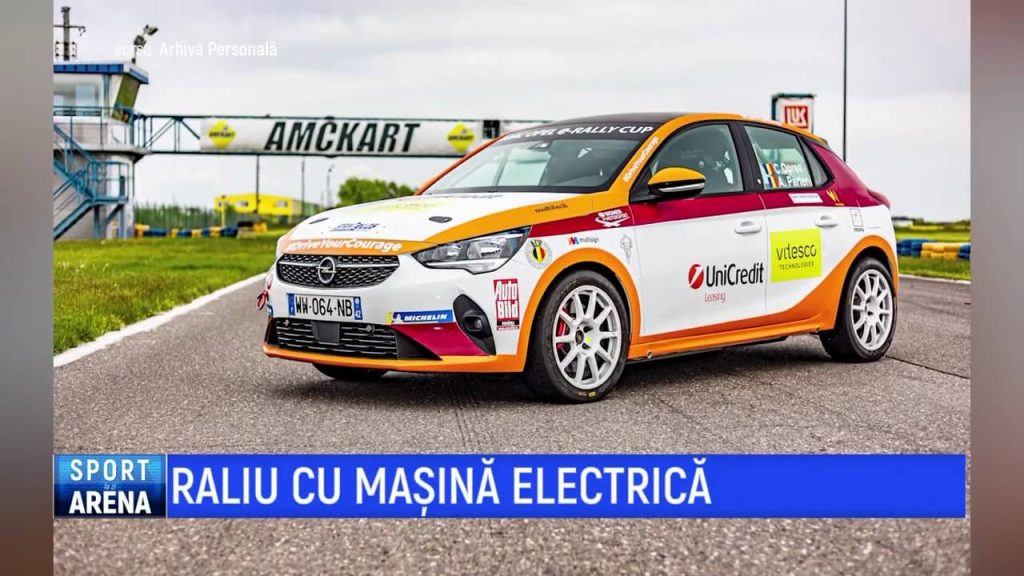 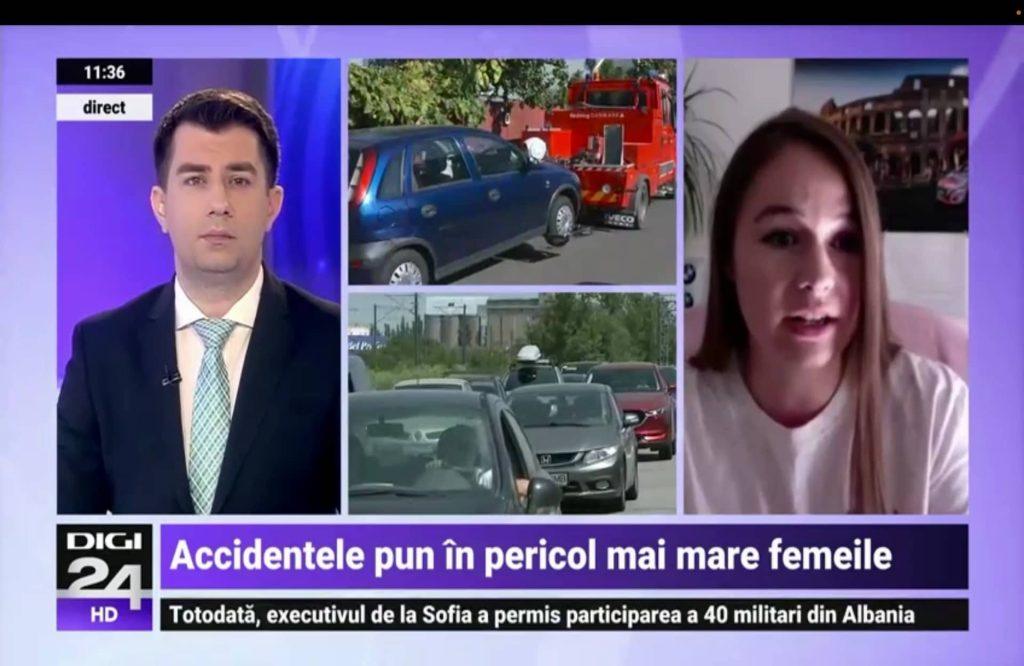 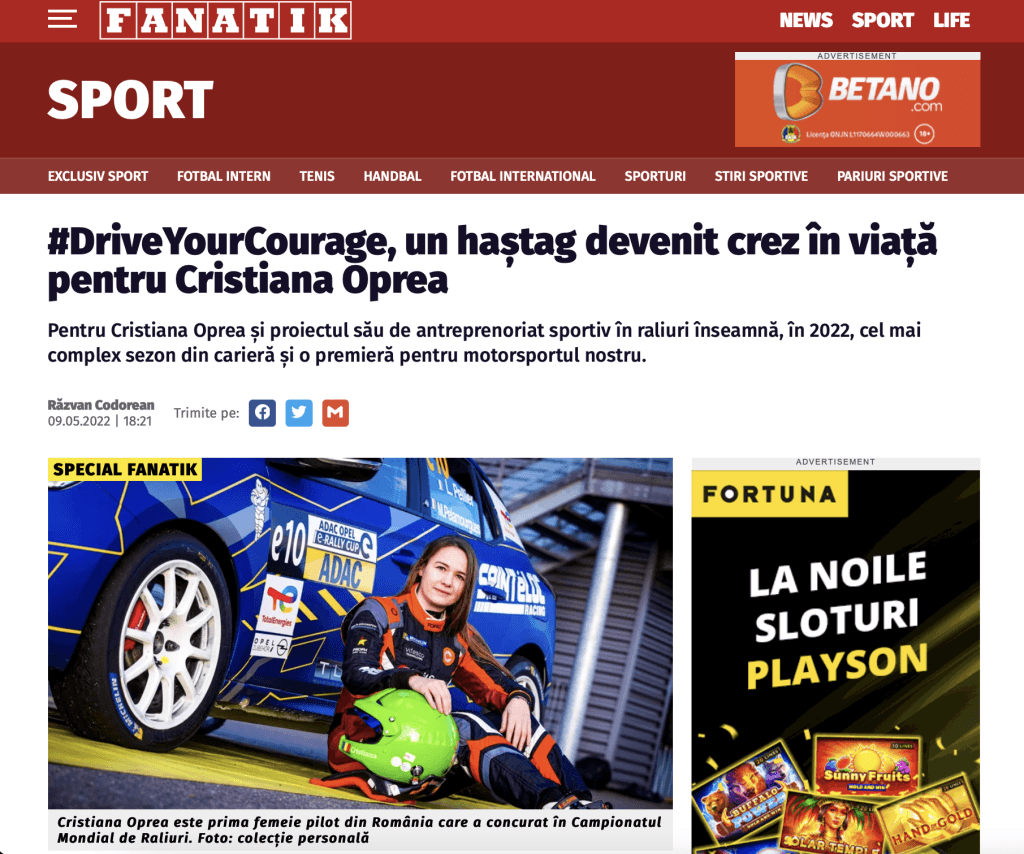 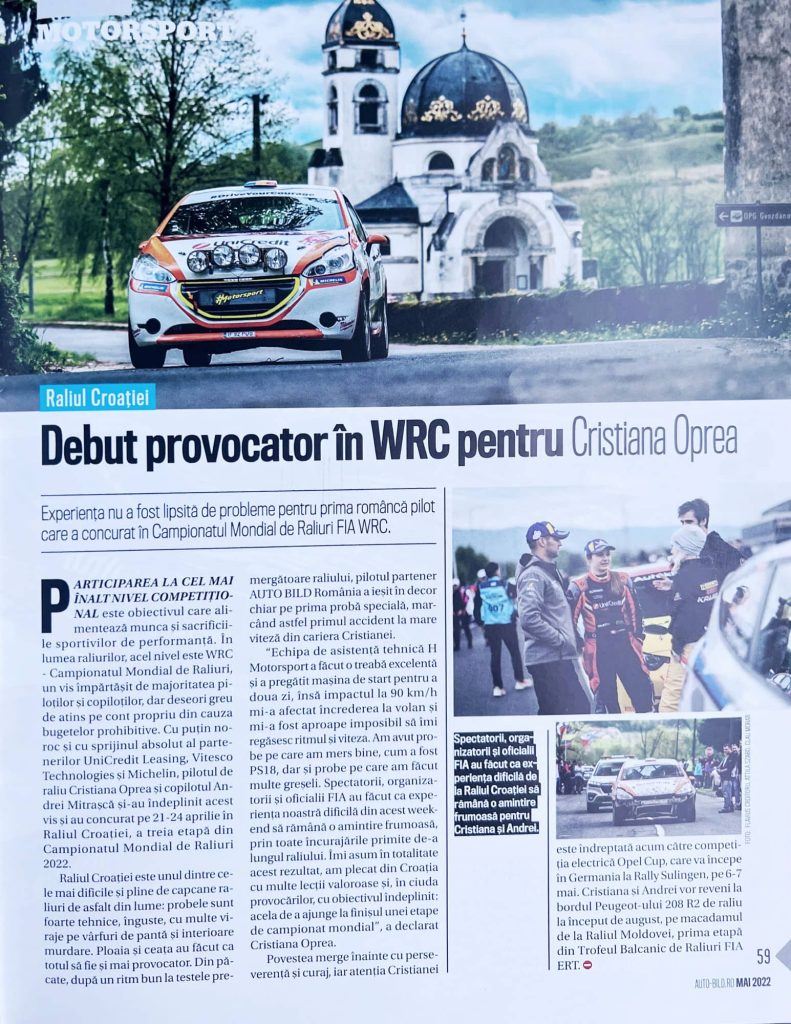 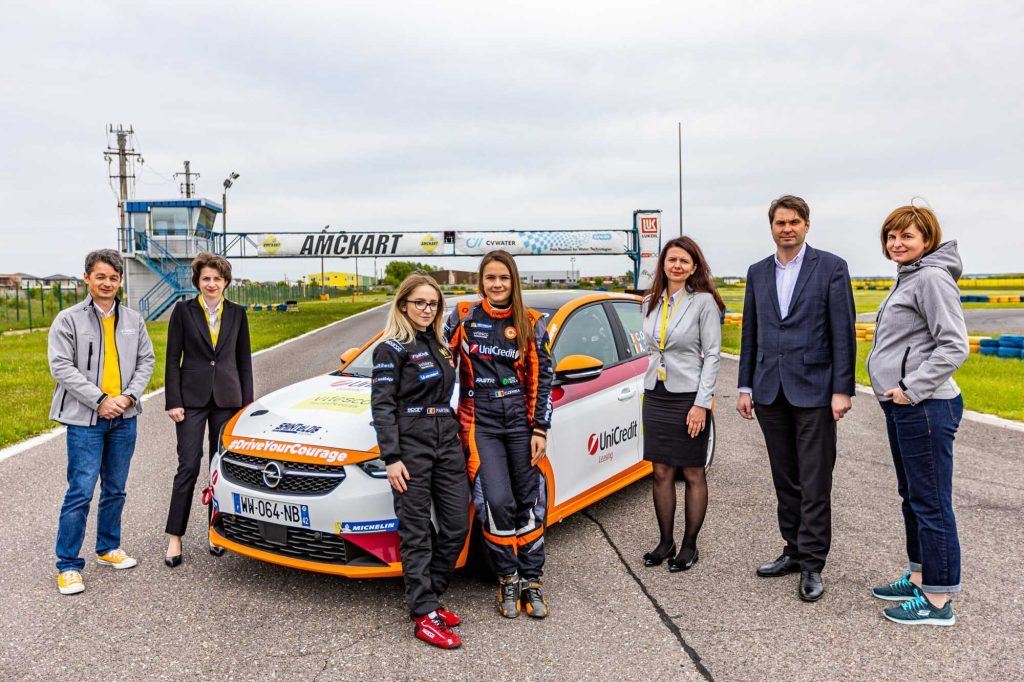 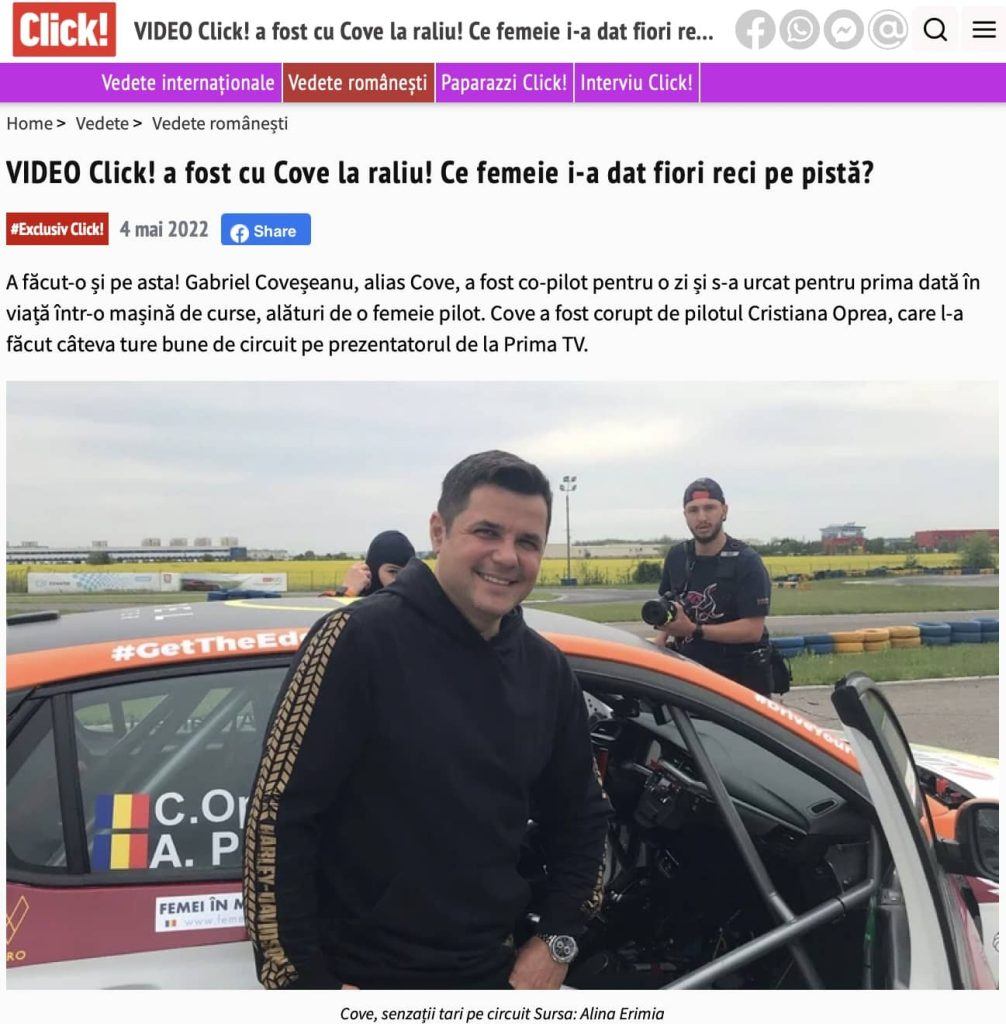 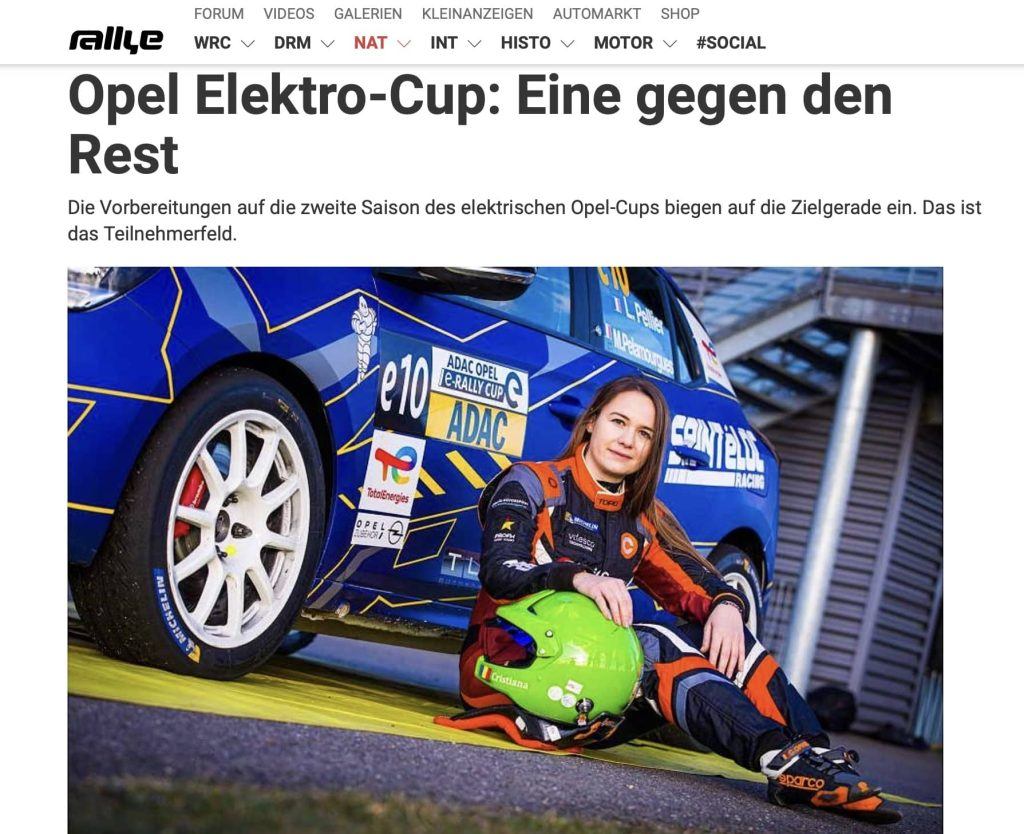 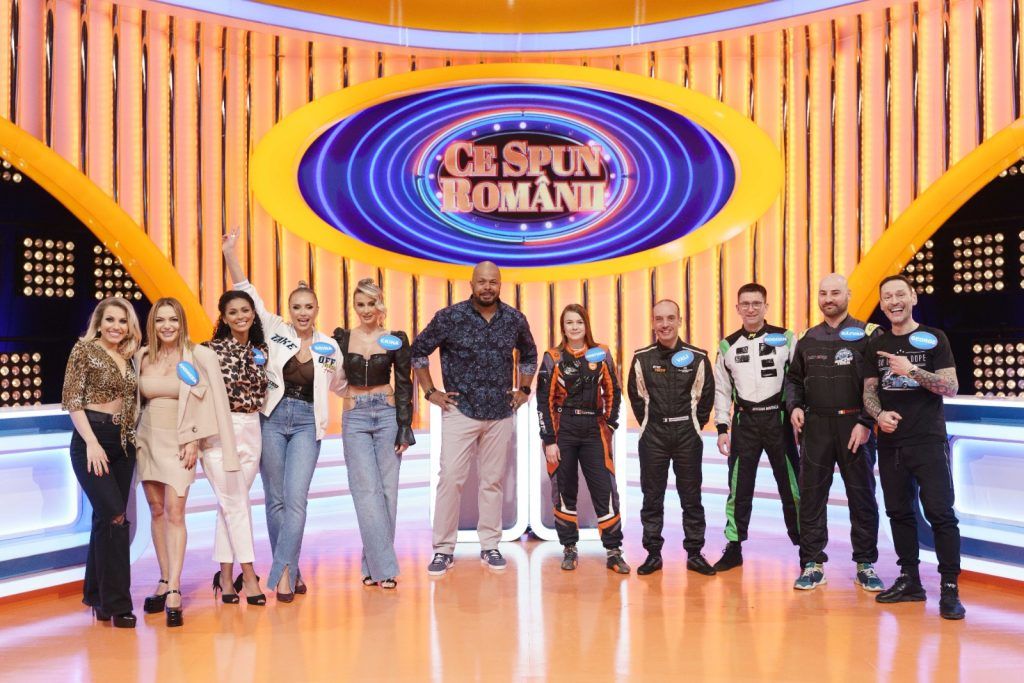